The 2022 women’s Euros final was historic in more ways than one.

With 87,192 fans packed inside Wembley Stadium, it was officially the highest attendance for any Euros final ever – men’s or women’s.

Overall, it was an entirely different feel to the shocking scenes that unfolded during the men’s Euro 2020 final at the same stadium.

It was Chloe Kelly who emerged as the hero for the Lionesses, bagging the winner in extra time to hand her nation a 2-1 victory over the old nemesis Germany.

The 110th-minute goal was the first of the Manchester City forward’s international career – and it couldn’t have come at a better time.

The effort helped England women, a team which has captured the heart’s of the nation over the past fortnight, secure their first major piece of major silverware.

Given her last-gasp goal, it was only natural that the TV cameras went straight to Kelly right after the referee blew the final whistle.

But during her post-match interview with the BBC, Kelly cut it short by running over to join the rest of her teammates in singing Sweet Caroline with the home supporters inside Wembley.

She did eventually return to give her thoughts on the game.

“Honestly, it’s amazing. This is what dreams are made of. Thank you to everyone that came out to support us. I started as a young girl watching women’s football and now this. It’s unbelievable.”

She added: “Thank you to everyone that played a part in my rehab because I always believed I’d be here but to be here and score the winner, wow!”

Incredibly, the entire attendance record for a women’s Euros was actually shattered halfway through the tournament.

“I think we really made a change. I think this tournament has done so much for the game but also for society and women in society in England but I also think in Europe and across the world and I hope that will make a (bigger) change too,” coach Sarina Wiegman said.

“It’s really, really nice to see what we saw today when we came into the stadium how enthusiastic everyone was and how the fans have stood behind us.”

Are Drawstring Pants the Ideal Men’s Back-to-Work Trousers? When They’re This Spiffy, Yes. 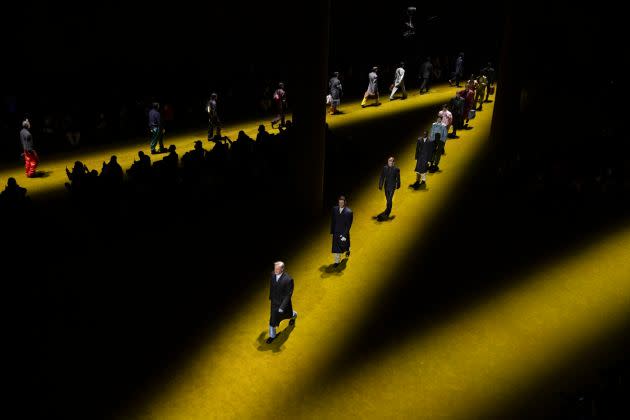