LEGAL aid for a woman who flew to Turkey for dental treatment while facing an assault charge should be revoked, a Fine Gael senator has said.

Teresa Dinnegan, 35, of 18 Grian Ard, Longford is due back from Izmir after her bail terms were temporarily relaxed so she could have cosmetic work done on her teeth.

Ms Dinnegan, together with two co-accused, is charged with carrying out an assault in a feud-related incident on another woman inside Penneys, Longford Shopping Centre, on March 16.

All three were arrested after an alleged brawl broke out in front of shocked customers and staff, resulting in the store’s closure for a number of hours.

Less than 48 hours after Judge Bernadette Owens lifted her bail terms at Longford District Court, photos appeared on social media of bikini-clad Ms Dinnegan posing for selfie in a mirror and soaking up the sun by a pool in Turkey.

Fine Gael Senator Micheal Carrigy called for an overhaul of the taxpayer-funded legal aid system, saying the photographs were effectively showing “two fingers to the taxpayers of Longford”. 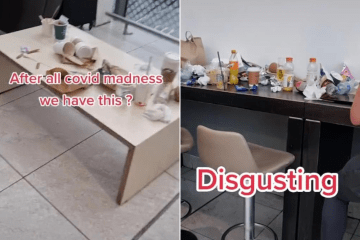 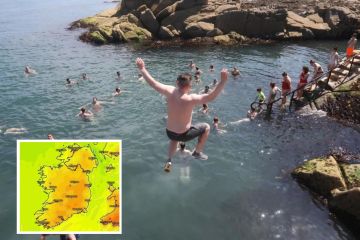 Senator Carrigy said: “When you see people granted bail and given legal aid and then are able to travel abroad, I just think there needs to be a review of the free legal aid.

“We can’t have a situation where people have conditions to their bail and then have the ability to leave the country.

“I don’t agree with it. Bail conditions are there for a reason and should be kept and in this case it needs to be reviewed and revoked.”

The senator’s sentiments were shared by Fianna Fail councillor Seamus Butler, who said the controversy illustrated the need for an examination of an individual’s personal financial circumstances.

Most read in The Irish Sun

He said: “What this is is a slap in the face to so many people who are struggling to make ends meet with the cost of living and with so many struggling with fuel poverty.

“It’s a complete and utter circus.”

Dinnegan, of Grian Ard, Longford,  applied through her solicitor John Quinn to get her bail terms relaxed and flew out on the two-week trip on June 14.

She had been subject to a 10pm to 6am curfew to reside at an address in the Springlawn area of Longford and to sign on daily at the town’s garda station.

Ms Dinnegan is due to reappear before Longford District Court on July 5 when DPP directions will be made known.