As the debate around transgender rights reaches new heights, Personnel Today invited two commentators to tackle a defining question of our time – what is a woman? Here, Maya Forstater, co-founder of campaign group Sex Matters and appellant in the landmark legal ruling last summer, provides her answer and what it means for employers.

The question “What is a woman?” has become an obstacle course for politicians. Keir Starmer stumbled, Rishi Sunak deferred. Anneliese Dodds said it depends on the context.

The answer should be straightforward, but politicians are deft at avoiding questions and terrified of being accused of “transphobia”.

HR professionals cannot afford to be vague or fearful. I lost my job for discussing this issue on Twitter. I am awaiting the judgment of the employment tribunal after the Employment Appeal Tribunal last year ruled that my belief that sex is real, immutable and important is not only covered by the protected characteristic of belief, but also reflects the position under common law. I co-founded Sex Matters to promote this clarity.

What is a woman? Firstly, she is a full human being with all the same human rights as a man. Secondly, she is female; born with the type of body evolved to produce ova, rather than sperm.

What is a woman? 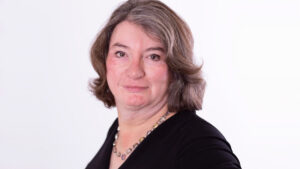 Until the Equal Pay Act 1970 and the Sex Discrimination Act 1975 it was legal to treat men and women differently at work. But now, for most jobs and situations at work, sex should not matter. This principle is embedded in the Equality Act 2010.

There are some jobs where only a woman (or man) will do: a bra fitter; a changing room attendant; a prison officer of the correct sex to search a person; a nurse or carer to meet the request of a patient; a women’s refuge worker; an actor to play a specific role.

These are covered by the “occupational requirement” exception in Schedule 9 of the Equality Act.

Some limited parts of a workplace may be designated by sex, such as toilets, changing rooms, showers, and dormitories. Single-sex services are covered by exceptions in Schedule 3.

Competitive sport is covered by its own exception (Section 195), which addresses circumstances “in which the physical strength, stamina or physique of average persons of one sex would put them at a disadvantage compared to average persons of the other sex”.

These departures from the principle of non-discrimination reflect the fact that a person’s sex is not just a private or subjective matter but can be salient to others. Sex-based rules can be justified in many everyday situations.

Unjustified sex discrimination remains a chronic problem in many sectors. Women on average earn 8% less per hour. Half (52%) of women say they have experienced sexual harassment at work, and four out of five say they feel unable to report it. Just 18 companies in the FTSE 350 have a female CEO, and only 48 have a female chair. Three-quarters of working mothers report facing pregnancy discrimination and one in 10 report being dismissed or forced out of their job.

People at work should not be accused of ‘transphobia’ for recognising and using the clear category of sex, which is often necessary in the course of doing their job”

Measures to monitor against sex discrimination and to positively act to overcome barriers to women advancing in the workplace are also allowed and encouraged.

In each of these contexts it should not be controversial to say clearly that a woman is female and a man is male.

When a woman or girl is in a situation where female-only privacy is expected, she should not have to worry about whether a member of the opposite sex will be imposed on her. She should not be forced to pretend she doesn’t notice or mind. In Edinburgh, the rape crisis centre employs a man who identifies as a woman as its director. Many women find this unsettling.

People at work should not be accused of “transphobia” for recognising and using the clear category of sex, which is often necessary in the course of doing their job.

Nor should employers become confused about “what is a woman” when they are assessing their progress in addressing sex discrimination and barriers to female advancement.

The Equality Act protects “gender reassignment” separately from “sex”. A “transsexual” (as it terms people who have taken any personal or cosmetic steps to reassign their gender) should not be discriminated against or harassed because of their personal transition, but this does not mean their sex has changed.

This was confirmed in a recent case where a group of women won an appeal against the Scottish Government, which in 2018 tried to redefine “woman” on public boards to include males who identify as women.

In delivering the opinion of the Court, the Lord Justice Clerk Lady Dorrian said: “By incorporating those transsexuals living as women into the definition of woman, the 2018 Act conflates and confuses two separate and distinct protected characteristics….”

The Equality and Human Rights Commission has helpfully published new guidance on the single-sex exceptions. It is working on amending the statutory Codes of Practice, and has recently promised guidance to clarify the occupational requirement exception. This will give employers much-needed clarity on how to avoid unlawfully discriminating against or harassing people, either because of their sex or because they have the protected characteristic of gender reassignment.

Maintaining clarity that these are two separate and distinct protected characteristics in law, and in reality, is critical to protecting everyone’s rights. Providing additional unisex facilities is often a practical way to meet the needs of people who don’t feel comfortable about their sex.

This may be disappointing to males who very much wish to be treated as if they were female (and vice versa), but complying with rules and coping with disappointment is something we all have to do.

Read Robin Moira White’s answer to the question ‘What is a woman?’

Thu May 19 , 2022
After decades of being underrepresented in fashion, the plus-size apparel market is thriving; according to Statista, it’s worth an estimated $24 billion and growing at a rapid pace. With this explosion of demand comes more options, obviously, which means shopping for plus-size fashion is no longer confined to a handful […]